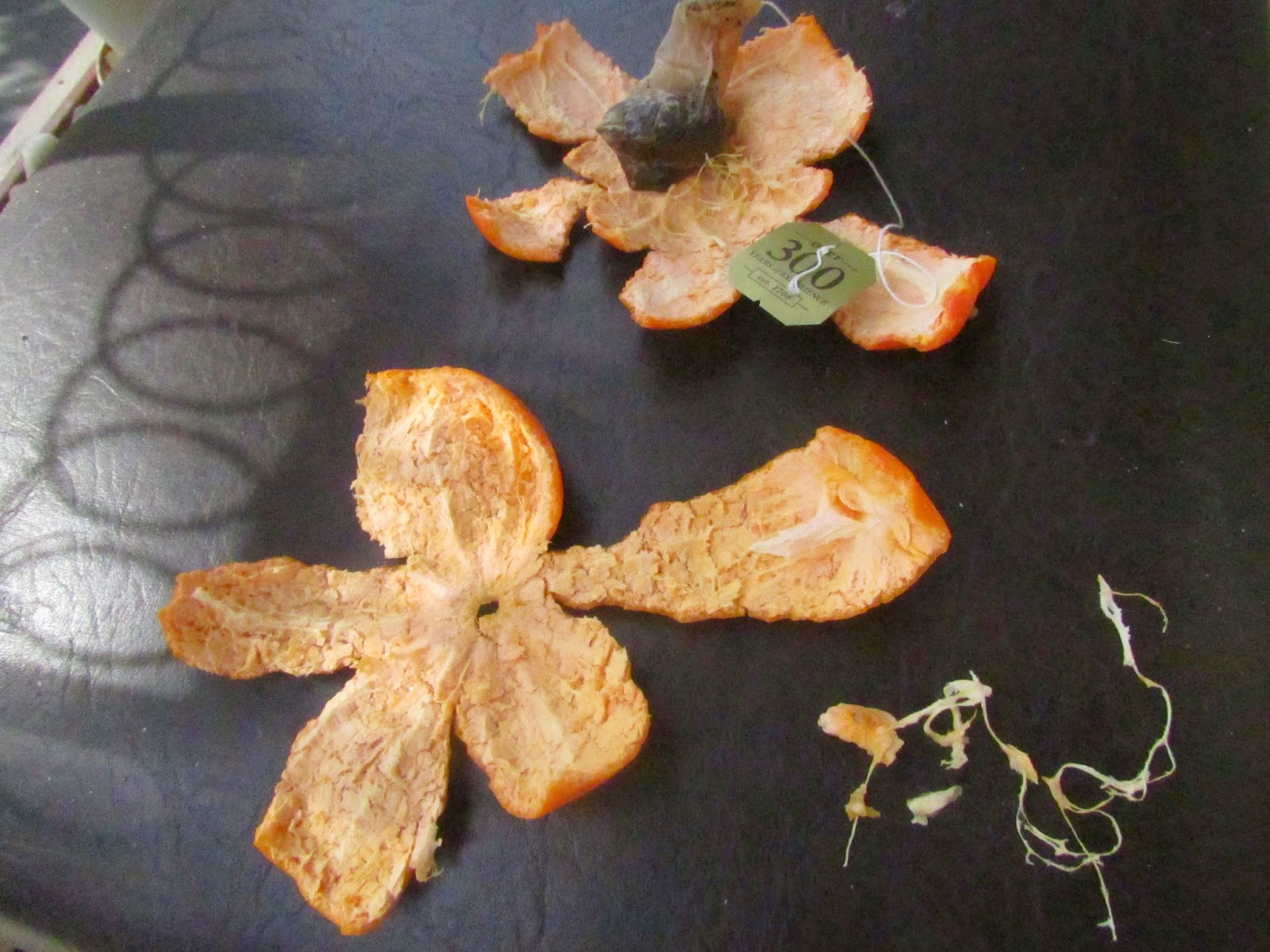 Yes, another wedding!  My eldest son's two daughters were married within a month of each other.  I was enlisted to modify both gowns.  I did a post on the first dress here.  Now some pictures of the second dress alterations.

The gown needed to be smaller in the bodice.  I took up the underarm seams.  Here you can see that the continuous beading all along the top edge was removed to be able to sew up the seam (including the slightly pink beaded lace that has already been replaced in this picture.) 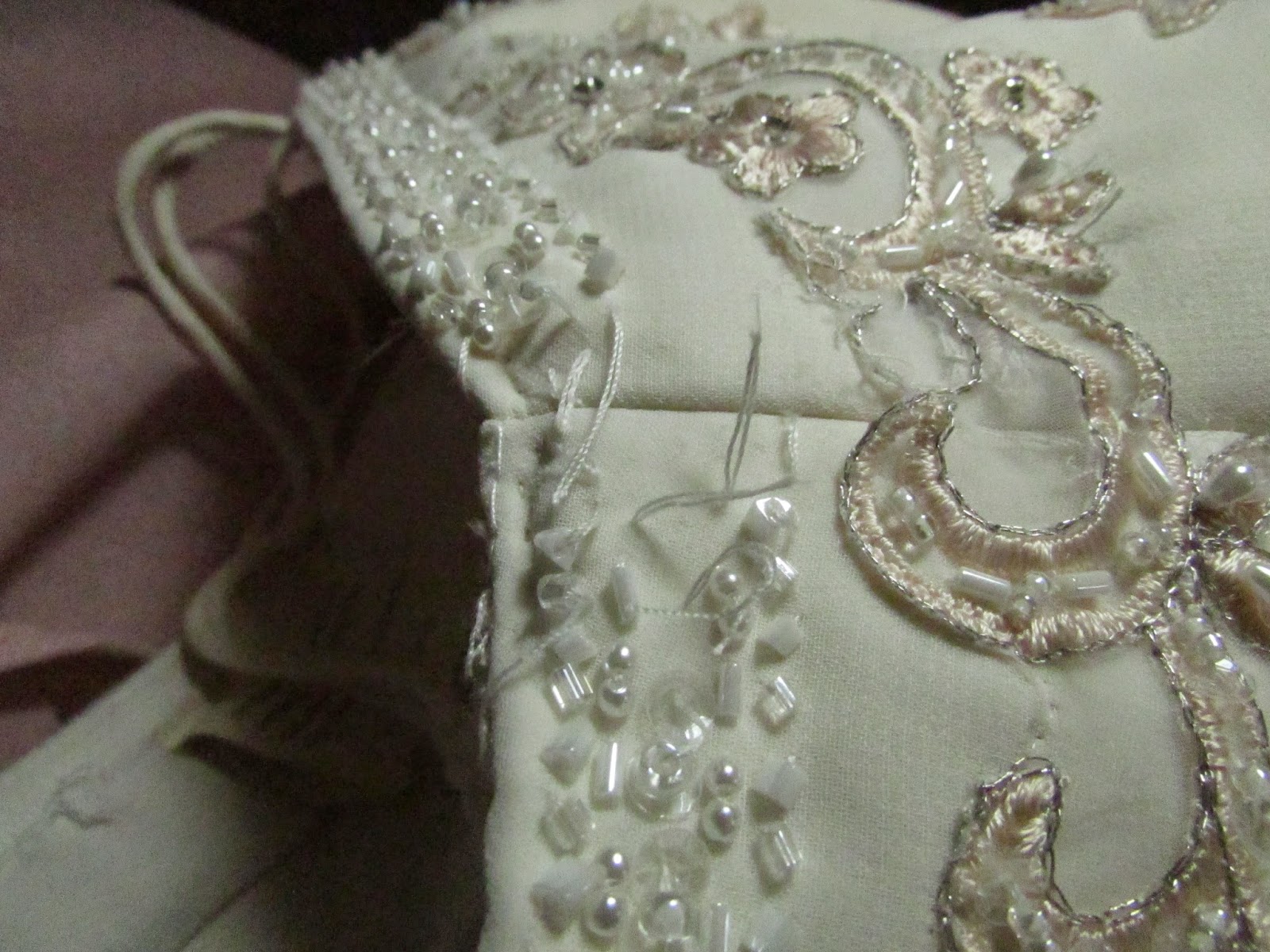 After two side seams and two top darts, all the beading was replaced--quite tedious!  Then because my granddaughter was nearly eight months pregnant she need more room in the tummy section. We needed to raise the bodice seam several inches. I could not take out all the lace and re-bead it--way too much work--and besides, I wasn't sure that I wouldn't demolish it in the process, so I made a second seam just under the lace. The two lower safety pins are my markers for where the seam need to be taken up. (Looks uneven, but really isn't. :) 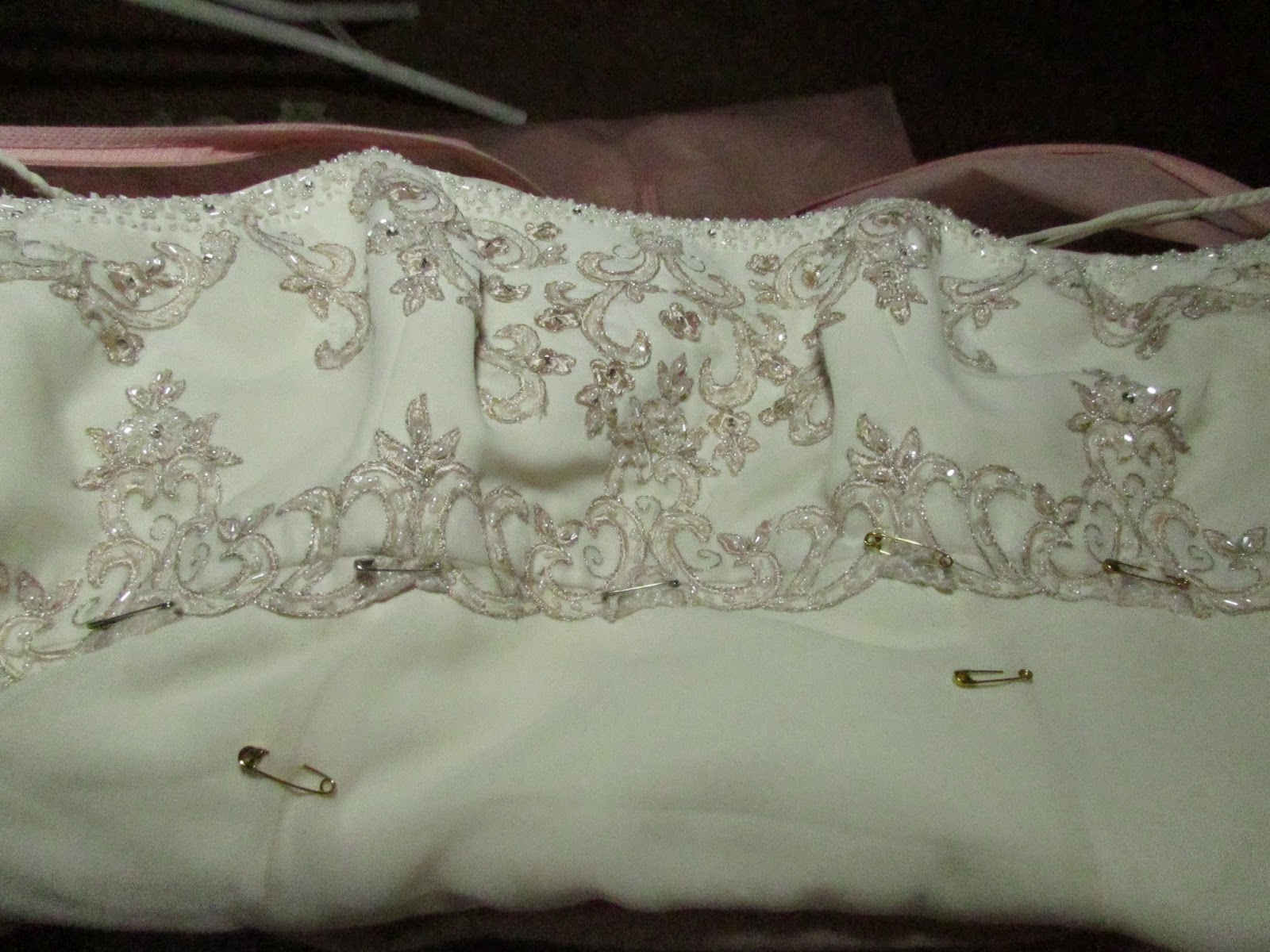 I removed the lowest lying lace portions, and pinned them up so I could put the seam there. 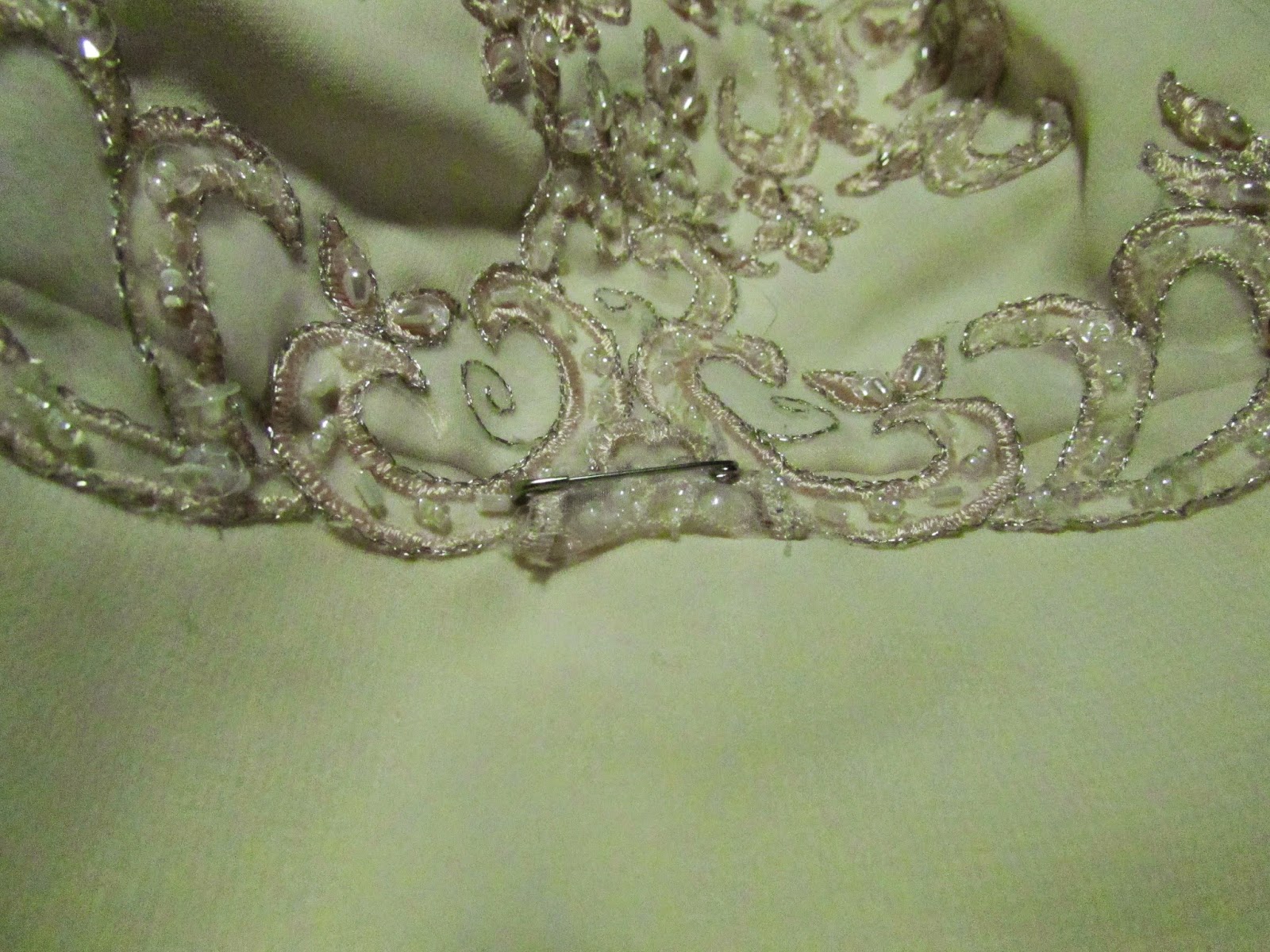 Then after I finished the seam, I replaced the lace and re-beaded it.  It fit her perfectly!


How does she look?

Abby / Linda
Who am I? That is the question! Abby is my pseudonym, my dream with a name. Linda is my given name. I consider myself a sharp and creative country gal with a practical and natural aptitude. But is that the real me, or the alias idenity? I guess you will have to read between the lines and see! Welcome to the adventure!

The reflections you will find here are all my own art, crafts, meditations, introspections, -- musings if you like -- of the thoughts in my attic. Not stuffy or starched, but much like finding a rare pair of vintage button-downs, dusting off the years and discovering the beauty hidden there. Enjoy your time with me, settling in for a delight or two, a story or three, and I hope you will go away -- refreshed with new inspiration -- wanting more.

New giveaway program on this site!

I'm starting a new gift program on this site.   I will be gifting one handmade item, or set of items, each month via random ... 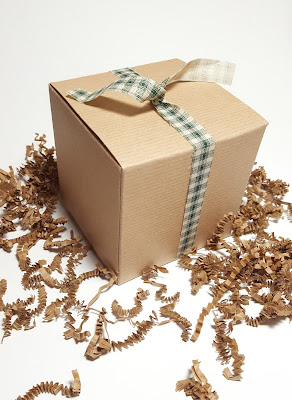 All material in this blog is copyright protected. Do not use any content unless you get prior permission. Please see profile for author's information.